Initially brought on board by United House to install mechanical smoke ventilation systems for one of the development’s affordable housing blocks, FDS Contracting (FDS) was asked to install systems for a further two blocks, plus an underground car park that runs beneath the site. A further appointment by Willmott Dixon saw FDS take on work at two of the development’s ‘Pavilion’ private residential blocks.

FDS was also required to design, supply, install and commission the car park smoke clearance system utilising a Thrust Ventilation system, carbon monoxide detection system, fire alarm system and attenuation. Once on site, FDS carried out assessments and tests to determine the smoke flow rate likely to be created from a two car fire, in line with British Standards for car parks (BS7346 Part 7). Using the data gathered, FDS’ specialists engineered a smaller venting system for the car park than was originally included in the designs. This was justified by demonstrating that the required 10 air changes per hour could still be achieved in the area affected by smoke.

The assessment and subsequent system design led to large reductions in the fan size needed, which in turn reduced the size of associated cables and controls, necessitating a smaller plant room. As a result of this space saving the end client was able to create more saleable car parking space whilst minimising costs. The works also saw FDS retrofit an existing fire alarm system to the car parking area.

As the work on site took place over the course of three years, the car park was handed over in stages. This introduced a challenge for FDS, as the areas of the car park which were completed earliest were situated next to sections that were still undergoing work. This issue was overcome through intelligent programming of the detection systems, and by disabling it in certain areas to ensure that the installed system was not affected by ongoing work.

In addition, FDS Contracting was awarded with the service and maintenance contract for the site.
For more information about this project please download the case study or contact us on 01322 387411 / email info@firedesignsolutions.com 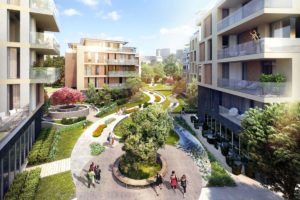 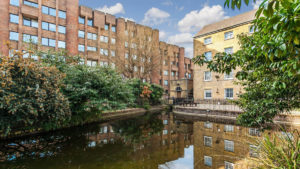